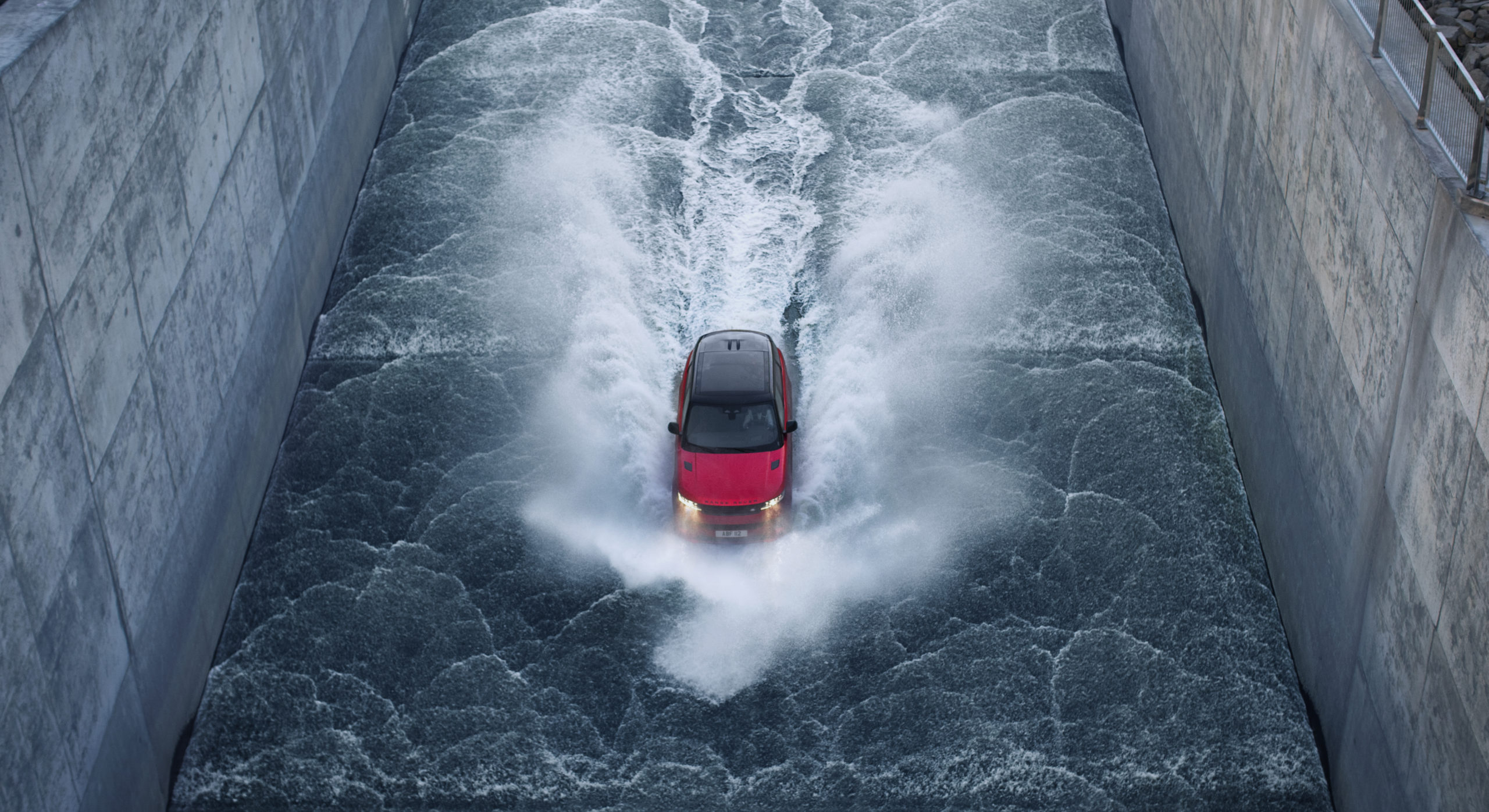 The New Range Rover Sport has made its global premiere with a dramatic world-first climb up a flooded dam spillway in Iceland.

The epic ascent saw New Range Rover Sport resist the surging torrent of water flowing down the ramp of the Karahnjukar Dam – the biggest of its kind in the world – at a rate of 750 tonnes per minute. A loss of traction risked plunging down the perilous 90m drop at the base of the spillway to the valley floor below.

The successful spillway ascent was screened for the first time at an exclusive launch event at Jaguar Land Rover’s Advanced Product Creation Centre at Gaydon, UK.

Official James Bond stunt driver Jessica Hawkins was behind the wheel as the New Range Rover Sport demonstrated its grip, traction, performance and composure, completing the latest in a series of challenges for Land Rover’s luxury performance SUV. Previous feats include a record-setting hill-climb at Pikes Peak, a first recorded crossing of the ‘Empty Quarter’ desert in the Arabian Peninsula and a first ascent of the 999 steps to Heaven’s Gate in China, in 2018.

Land Rover’s pioneering MLA-Flex architecture and the latest chassis systems come together to deliver the highest levels of dynamism we’ve ever seen on Range Rover Sport. Integrated Chassis Control governs the comprehensive suite of innovations, co-ordinating everything from the latest switchable-volume air suspension system to our Dynamic Response Pro electronic active roll control. The result is the most engaging and thrilling Range Rover Sport ever.

The spillway climb was the final obstacle on a drive from the valley floor to the summit of the dam, taking in a flooded riverbed, long steep tunnels and the 40-degree rocky dam wall itself. The 294 m stretch of spillway had water furiously cascading down its 90-metre drop, to provide the ultimate test of traction and driver confidence.

New Range Rover Sport is based on Land Rover’s advanced, flexible Modular Longitudinal Architecture (MLA-Flex), which provides the perfect foundations for its superior dynamics and peerless refinement. Its line-up of powerful and efficient powertrains includes two six-cylinder extended range Electric Hybrid plug-ins, which provide a pure-electric driving range of up to 113km (70 miles) and CO2 emissions of as low as 18g/km1.

The new 530PS V8 Twin Turbo provides sports car performance, with 0-100km/h in as little as 4.5 seconds (0-60mph in 4.3 seconds) with Dynamic Launch engaged. Customers can also choose from powerful and efficient mild hybrid petrol and diesel Ingenium engines, while pure-electric propulsion will be available in 2024, as Land Rover continues its electrification journey.