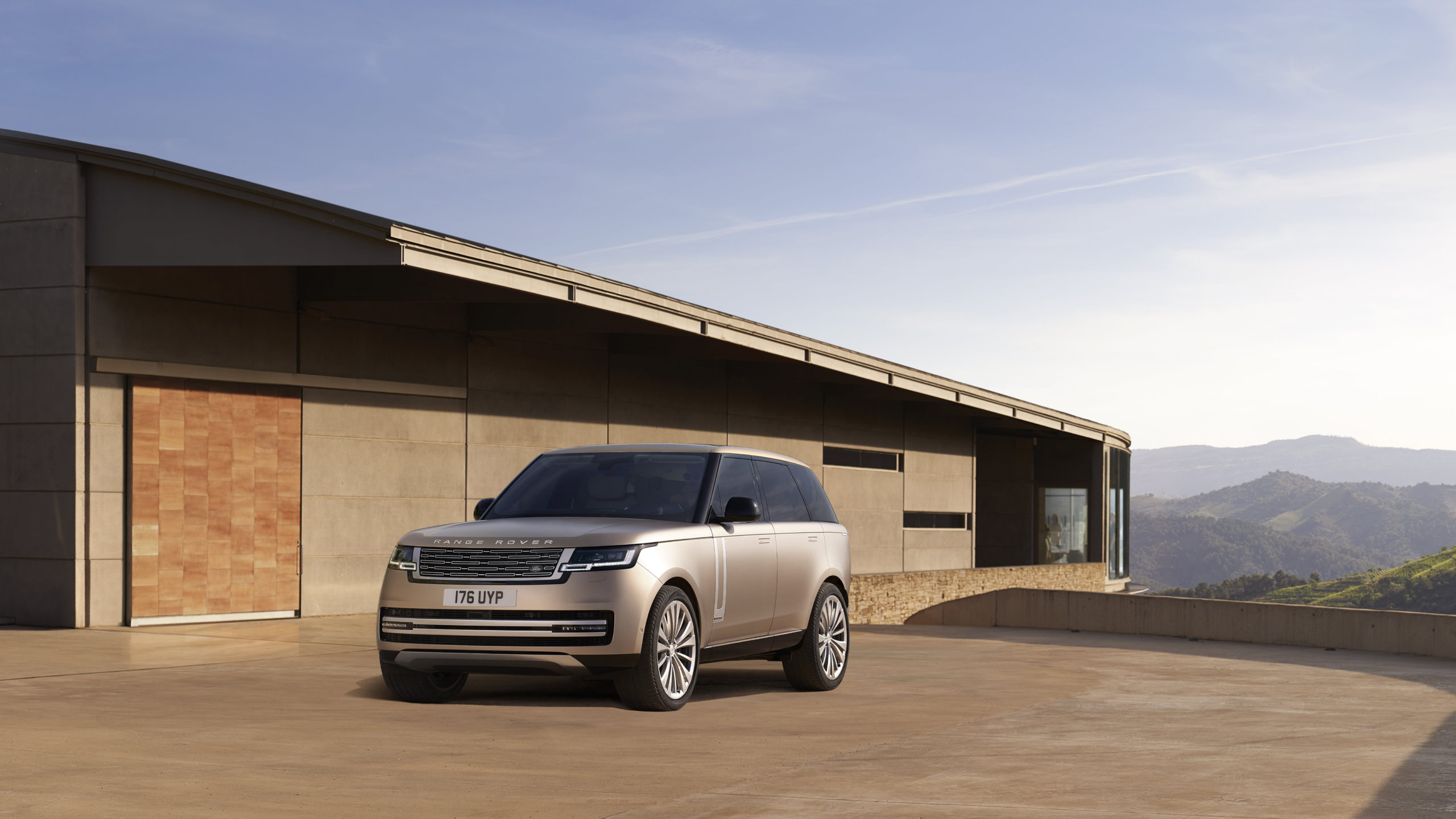 Land Rover has revealed the New Range Rover at the Royal Opera House in London. The next generation defines modern luxury by design, providing more refinement, customer choice and scope for personalisation than ever before.

The New Range Rover can trace its origins back through the generations; the falling roofline, strong waistline – with its horizontal emphasis – and lower rising sill. The characteristically short front overhang, formal front end, upright windscreen and distinctive boat tail rear, which tapers in plain view, are key elements in defining Range Rover’s proportions and conveying its peerless presence.

Flush elements and tight tolerances are a hallmark of the New Range Rover and design-enabling technologies contribute to its sophisticated honed-from-solid appearance, include flush glazing, a hidden waist rail finisher and seamless laser-welded roof joints. The distinctive hidden-until-lit rear lights are also critical to the success of the design and will become a Range Rover signature.

Also unveiled at the Royal Opera House, the New Range Rover SV will give customers even more scope to create a truly individual vehicle when it goes on sale in 2022.